Driving in the Winter 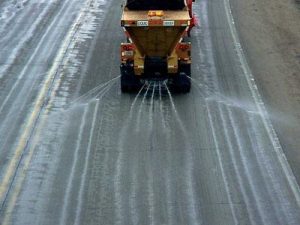 Driving in the winter is never fun. If you live in a place that sees snow and ice, you know just how dangerous it can get. With winter weather advisories along the east coast right now, a lot of people are finally feeling like it is January. While this isn’t necessarily a pleasant thing for most people, it is part of where we live. Another part of living in a part of the country that sees snow and ice is rock salt. While rock salt is extremely helpful, it can also do a lot of damage.

When you are driving in the winter, it is always important to watch out for slippery areas. Things like black ice are almost impossible to see until it is too late, but it can cause a lot of damage. This is why pretreating the roads when snow and ice is expected is so incredibly important. Earlier this season, there was a storm that seemed to catch the Department of Transportation off guard and the roads were not treated or cleared which resulted in people being stranded for hours and heavily extended commute times. If you drive for a living or run a company that deals with a large amount of transportation, you can understand how frustrating this is. Maybe you were even caught in this specific storm. Regardless, you should also be mindful of just how much damage salt on the roads can do while it helps with traction and melting the snow.

If you’ve ever driven a car through treated snow, you are likely familiar with that residue that gets left behind. It is grainy and rather gross to the touch on top of looking rather unsightly. What you might not be familiar with is the fact that this residue is actually extremely damaging to your vehicles. The paint and metal can both be ruined rather quickly by these chemicals. It is important to wash your vehicles any time you drive through any of that salt in order to preserve the integrity of the metal. The best way to do this is by using one of Neptune’s automated wash systems. We have specially designed a touchless wash system that gives the best possible clean without any of that residue you often find from normal car washes, even on the undercarriage. Give us a call today and see what system will work best for you! 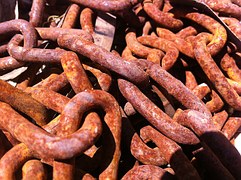